As a new inventor, many people may have told you that you need to create a “prototype” of your product. While it may sound great, what exactly does that mean? And more importantly, are you prepared to create a prototype on your own?

Prototyping is the process of creating “test products,” in order to ultimately create the right invention for the marketplace. There is no such thing as one single prototype for products. In fact, many products go through multiple rounds of prototypes, before a pitch-worthy product is created.

The prototyping process doesn’t start with a final product in mind. In fact, the first prototypes are built as non-working models, in order to determine how the invention would work. An invention – regardless of what it is – can work much differently on paper than in real life.

This makes the prototyping process invaluable in the creation of an invention. By building models and prototypes, engineers and designers can touch and feel how a new product would work, resulting in immediate feedback. In this phase, inventors often go through several prototypes before settling on the final product.

So what happens when a working prototype is created? From there, it goes through multiple tests, including durability, strength testing, and wear ability. Based on the results of the test, the prototype may go back into design and engineering for additional improvement.

In any invention, prototyping is a vital step towards completion. With vital attention and thorough process,  you are ensuring long-term success for your new invention.

Come see what we can do. Schedule a visit today. 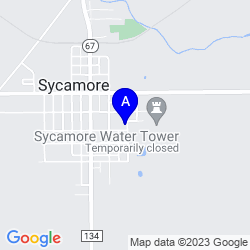